The Open Glider Network (OGN), a unified tracking platform for gliders, is going from strength to strength. So much so that it now prides itself on having almost 2000 OGN stations worldwide and almost 20,000 gliders registered, with peaks of 15,000 gliders/aircrafts at one time under the control of the network. The OGN web site alone has peaks of more than 1 million hits a day.

To add to these successes, OGN has recently passed a major milestone, receiving a prestigious award by the European Union Aviation Safety Agency (EASA). Angel Casado (AC) has been the Spanish Delegate at the FAI Gliding Commission (IGC) for many years. He is also the Vice President and Bureau Member of the Commission since 2019. He joined OGN in 2015, when the project was still in its infancy.

How is OGN organised?
AC: The thing about OGN is that it is a collaborative project consisting of a group of gliding enthusiasts, without formal organisational structure. However, a small group of three people forms the OGN core team: Pawel Jalocha, Seb Chaumontet and me.

The first part is thanks to Pawel Jalocha, who had the concept to receive the glider signals and build the first ground receivers and antennas. He wrote the RF processing software, which allows to receive relatively weak glider signals on 868 MHz from great distances using cheap RTLSDR USB dongles plugged into cheap single board computers, like the Raspberry Pi.

The absolute essentials of the network are the actual OGN stations, which are managed by gliding and radio enthusiasts. Without this, the network would be just an empty concept.

The second part of the network is the internet backbone: data servers, web server, data processing for visualisation. This part was started by Sébastien Chaumontet and later I joined, with the idea of streaming live the gliding competitions. Over the years we have been lucky to also count on the great contributions of many other people.

How and when is OGN used during FAI-sanctioned events?
During the FAI Sailplane Grand Prix (SGP) in Spain in 2016, we started to broadcast the race using Silent Wings Studio with the data from the OGN, and broadcast it live on the SGP YouTube channel. Since then, most of the FAI World and Continental Championships use the OGN network to broadcast the status of the races, either as 2D or 3D versions.

Do you see the future of OGN to remain FLARM based or will specific trackers replace FLARM in the future?
In my view, all those devices will complement each other. FLARM will remain the main device for collision avoidance, while the OGN/IGC tracker will be the main tracking (telemetry) device for following the championships, either on the web (2D) or in a YouTube channel with a producer and a commentator (3D). Some other devices such as SPOT, Spider, InReach, Skylines, Flymaster, Fanet, NAVITER Oudies, PAW, ADS-B interface with the OGN network and are visible to the OGN community. Furthermore, a bunch of web applications, including FR24, live.glidernet.org, glidertracker.org and glideandseek.com, currently receives the traffic information from the OGN network and displays it on their web pages.

Other air sports are increasingly using FLARM. Do you think that they will adopt OGN?
Yes, especially the paragliding and general aviation communities, which get the advantage of the OGN infrastructures in order to track their air sports.

Once fully deployed any of these devices can be used in order for the aircraft to be visible by the network. There is also an increasing number of devices that send their position via GSM internet link. These operate well at low altitudes over the ground. The strong point of OGN/IGC trackers is that they are very affordable. This leads us to expect that some other air sports commissions will adapt for their online tracking purposes. 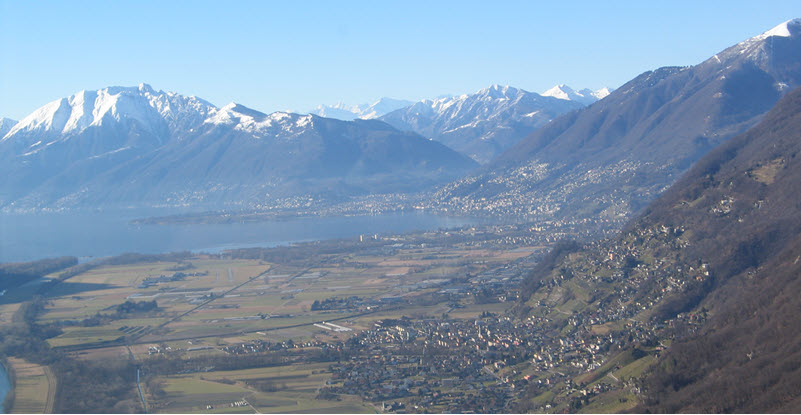